My first five bets on the outcome of a sport event were all winners in horse racing and they were all each way bets on Red Rum in The Grand National. Three wins and two places by one of the greatest jump horses hardly made me a big shot in the gambling world. When I wasn’t taking horse race betting by storm I was tasked each week with calling out random numbers, which my father used to fill out his football pools coupon. Hardly an auspicious start to sports betting.

Still, horse racing, football pools and Sir Clive Sinclair’s then recently released ZX81 home computer gave me a route into mathematics and computing. As I grew older the stock market was added to my list of numerical obsessions and eventually I graduated from university with a degree in computer science. I then went to The City to work on computing applications in finance.

I had not lost my interest in conquering sports betting and financial markets. At work I developed software for financial traders and in my spare time I cast my thoughts towards my own investment requirements. Before the advent of betting exchanges everyone was a bettor when it came to sport and everyone was a fundamental analyst (a financial trading term for one who looks at past performance data rather than price data) of past form data. All that was to change when Betfair was created because it would allow people to take either side of a bet and trade prices, just as in the stock market.

I had dabbled with the fundamental analysis of sports events but always felt that the effort far outweighed the return. Analysing thousands of European race horses and hundreds of football teams just seemed like too much hard work in comparison with the returns, which had a large part of the profit eaten up by the bookmaker overround. My research kept telling me that I was wasting my time analysing horse races when the market did it for me by way of the Wisdom of the Crowd (see my website for more). The price is where it is because that is the current consensus of the market. With the birth of exchange trading I could take a position on either side of the price spread and it was the price’s trend that signalled when I should back or lay.

The value isn’t in comparing my fundamental analysis with the market price because the market knows better. Instead, the value is in my ability to observe price trends and decide when there is sufficient momentum in the trend for me to trade. After manual trading for sometime I decided that to increase profits I needed a scalable operation. A scalable trading operation is one that can expand to increase profit without increasing risk.

An analogy I use to explain scalable trading is to describe a shopkeeper called Bob who has just one shop. Bob is the only person who works in the shop, he deals with each customer in turn and his income is dependent on how many customers he can serve each day. Bob has a well-respected business and so he decides to use his good name to increase his profit by way of franchising. By setting up a franchising company Bob can use his reputation to offer franchises to people he would train to set up their own shops and offer as good a service as he did. It will be as though Bob is in every shop, tending to the needs of all the customers. Each of the new shopkeepers will pay a franchising fee to Bob and Bob’s income would be scaled to however many franchises he can sell. When Bob needs more profit he can open up a new franchised shop.

A human trader can only deal with a few markets at a time, depending on the speed of those markets. Nearer to the start of a horse race, the betting is frantic and a trader might only be able to concentrate on the one market for fear of losing concentration. By using bots a trader can trade on any number of markets, scaling up to the full capacity of their trading algorithms. To achieve scalability I use the APIs offered by Betfair and BetDAQ to create bots. I am able to monitor prices, volume and the trends in this data to build trading models with which to trade with. By using the APIs offered I can create bots to my specification and without giving away my secrets to third-party bot sellers.

Recently, Betfair has updated its API and so I took it upon myself to provide both experienced and newcomer programmers with a book to aid a speed entry into the new API and algorithmic trading. Entitled Programming for Betfair my book takes the reader from how Betfair’s API works to building a simple application that demonstrates algorithmic trading and data acquisition for charting and building systems.

With many hundreds of satisfied readers in the UK, Ireland, Europe and North America I know that I have touched upon a trading system that many want to try but don’t know how. My book is the beginning on the long road to algo-trading success and I hope to write more articles detailing my work on Race Advisor in the future. 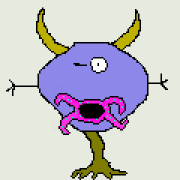 James became interested in sports betting at a very early age when his father would call out to him for random numbers with which to fill out his pools coupon. That led James to an interest in statistics, probability theory and eventually a degree in computer science. From there he went into research and his EDDIE project became the genesis of The Centre for Computational Finance and Economic Agents at the University of Essex. After leaving academia for The City, working at Reuters on finance related research projects, James is now a freelance consultant, quant developer and writer on sports betting markets. He wrote Programming for Betfair to enable people to build their own bots and become algorithmic traders. James sometimes blogs on Betfair Pro Trader.