Europe has long been considered the birthplace of professional horse racing. It was a pastime that both the Ancient Greeks and Romans were passionate about. However, horse racing as we know it today was first seen in the UK.

European settlers later brought horse racing to the United States. Since then, there has been very little overlap between the world of European horse racing and the American side of the industry.

So, today, we are going to shine a spotlight on 5 of the best European Jockeys competing right now.

Last year, David Egan won the International Stakes and the Dubai Sheema Classic on a horse called Mishriff. Egan is only 22 and already has 3 major international victories under his belt.

He is someone to watch.

His horse Mishriff is 4 years old, an Irish-bred, British-trained Thoroughbred. Mishriff is trained by John Gosden (who has trained over 3000 winners). He is a confident Colt with excellent rhythm and always looks relaxed on the track.

Christophe Patrice Lemaire is a French-born jockey who holds the record as the most successful European rider on the Japanese circuit. He has also won a few races in France, Great Britain, and Australia.

The two horses that he has been most successful on recently are Gran Alegria and Chrono Genesis. Both of these horses are 5 year old Thoroughbreds from Japan.

Chrono Genesis is trained by the legendary Takashi Saito. Chrono Genesis was sired by a successful middle distance racer. She has incredible stamina and when she runs it almost looks effortless.

Gran Alegria is trained by Kazuo Fujisawa and has 8 major wins under her belt so far.

Previously, Lemaire has also competed in American competitions such as The Breeders Cup.

There are even rumors that Christophe Patrice Lemaire will be taking part in one of the American Triple Crown races this year. You can find the tvg top contenders for kentucky derby here.

Dettori is a record breaking Italian jockey who has worked with over 45 horses in his 38 year career.

He is currently ranked at No. 7 in the world and is by far the most successful jockey ever to come out of Italy. One of Dettori’s most notable achievements is that he has won every Grade 1 race in the UK apart from the July Cup. He has also had major wins in over 12 other countries – including the USA, Mauritius, and Japan.

Dettori also won a race on a horse called FILISTINE – who is trained by John & Thady Gosden. This horse has run two races – it came first in one and second in the other.

In his last 14 races, Dettori has ridden on 14 different horses. He has not made it clear which horses he intends to ride in any of the upcoming Grade 1 UK races.

Buick is a British-Norwegian jockey. He has won 72 major titles since he started riding in 2008. The majority of these wins have not come in the last few years, due to the number of races that were canceled in Europe thanks to the Coronavirus pandemic.

He won the later on Space Blues, a 6 year old stallion from Ireland. Space Blues’ sire was Dubawi. Dubawi won 4 major titles between 2004-2005. Space Blues had taken a lot of 2020 out, due to an injury and shocked many by winning a few majors earlier in the season. By the time we reached the Breeders’ Cup Mile in 2021, he was 2-1 to win the race.

Space Blues is trained by Charlie Appleby who was the British flat racing Champion Trainer in the 2021 season, and the World Trainer of 2021 in the TRC Global Rankings. Other winners in 2021 who were trained by Appleby include Albahr, Modern Games, Yibir, and Althiqa.

Many of them were ridden to victory by Buick.

Finally, let’s look at the jockey who sits at the top of the LONGINES World’s Best Jockey Rankings – Ryan L Moore.

Moore is an incredibly successful British rider who has previously ridden horses for Juddmonte and The Queen of England. He is currently the jockey of choice for Aidan O’Brien’s Ballydoyle group.

Over the last year, Moore has won races on a few different horses including Dream of Dreams, Snowfall, Luxembourg, and Mother Earth. Here is some more detail on these horses.

Snowfall was a 4 year old Irish filly who was sired by Deep Impact. Unfortunately, she passed away earlier this year after pelvic surgery.

Luxembourg was one of the best performing European two-year-olds in 2021. He was bred in Ireland and won all three of his races last season. He was sired by Camelot and his dam was Attire. 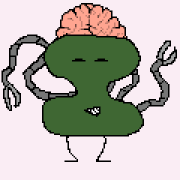 Sydney Osborne is an outreach partner with a passion for horses. She produces articles on behalf of TVG - a reputable horse and greyhound racing betting business offering tips for responsible wagering.

Inside the Rails – Jumps Season Ramps Up

Inside the Rails – Jumps Season Ramps Up