I wonder how many of us, who enjoy horse racing, ever think about WHY there is a mostly cooperative relationship between horse and jockey?

Very few animals are able to adapt to domestication or develop a cooperative relationship with humans. Cats and dogs are obvious examples of species who have adapted to domestication.

On the face of it, it appears, to me, to be a miracle that a “flight” herd animal such as a horse will allow itself to be controlled by a human being, let alone be sat upon!

I remember watching Lochsong, one of my favourite ever horses, tank off towards the start at York with Frankie Dettori totally unable to hold her back. Why was the horse doing this? – Trainer Ian Balding says “I said to Frankie ‘for God’s sake don’t let her out of a canter’. We led her onto the track and as soon as I let go she plunged twice and then was gone.” He reports that “She was difficult in training and was tough to handle unless she got everything her own way.”

I’m no expert on horse behaviour as regards racing. Is a horse race basically a stampede and does the natural herd leader win the race or does the most frightened horse win?

But I do have direct experience with one horse, as regards so-called “horse whispering” that I thought some readers might find interesting.

Horse “whispering” is a misnomer. The technique is not a verbal one. I’d been to a couple of Monty Roberts demonstrations. Racing fans will be familiar with the “Monty Roberts Rug” that is used to help some horses enter the starting stalls.

Monty Roberts is a so-called “horse whisperer” and at his demonstrations I watched him “break” horses using the physical actions that a horse understands. His events are rather showy and American in style, but the way he can get a horse to cooperate is impressive.

At the time, we lived on a farm near Malton that had previously been used to break in youngsters for the racing stables around the Malton area. When we bought the property we inherited a horse-walker contraption inside a wooden round-pen. We got rid of the mechanism and that left us with an enclosed circular pen.

It looked something similar to this:

Although I don’t ride, my wife does and I inherited some of the tasks involved in looking after our horses. Previously I’d lunged horses with a long lunge rope in an open rectangular fenced area. This was a rather hit and miss routine where one hoped the horse would become more controllable or at least become tired and therefore cooperative.

What I watched Monty Roberts do was a technique called “Join-up”. Briefly, and using my own interpretation, the technique is to use a round-pen and standing in the centre, Monty Roberts sent the horse out to the perimeter. The theory is that it is the horse’s nature to be in a herd, for safety, and the worst thing you can do to a horse is to send him away or exclude him from the herd. In the wild, mares discipline a misbehaving young horse by sending them away from the herd and only let them back in when the errant horse shows signs of submission.

So, in his demonstrations, Monty uses these equine triggers. In this way he claims he is using horse language (actions) which a horse natively understands. Using a lead rope you flick the rope to send the young horse away to the perimeter of the round-pen and flick it behind them to get them trotting around the perimeter.

You then watch for the signs from the horse that it wants to come into the centre and join up with you.

I decided to try this with our horse “Solo”, a grey Arab gelding. Solo was a young Arab with behavioural problems. He was once described by a visiting “horse whisperer” as the “most difficult horse in the UK”. An unfair description in my mind, but Solo did undoubtedly have problems. He was OK when we inspected him to buy him, but maybe he was sedated in order to behave for us. When we got him home, he was unfriendly towards us, often turning his back and threatening us with a kicking from his hind legs! He hated being touched, especially towards his rear.

Solo – “The most difficult horse in the UK”

Solo had had a strange upbringing. As far as we knew he was an orphan foal who had been hand-fed by his owner in her kitchen. We think he may never have been in a herd of his own kind to receive the training from a mare that I have described.

He was reared in France and had been in some sort of stable fire and had maybe also been mistreated. We think he was gelded late and my theory was that he remembered the trauma. Certainly he got VERY nervous when anyone approached his hind legs and his behaviour was worse with men than with women.

So with nothing to lose and having the facilities, I decided to have a go at “Join-up” with him. I did what Monty had shown and Solo willingly enough went to the perimeter of the pen, not being inclined to stay with me anyway!

I flicked the lead rope behind him and again he willingly trotted around the perimeter, showing his independence. On and on he ran, with me turning in the centre, getting dizzy. I didn’t make eye-contact with him and he didn’t with me. He was young and somewhat wild and having the endurance of his Arab species he seemed as if he would run around forever with his head defiantly up in the air.

Just when I thought he was never going to show the equine signals that Monty’s theory predicted, Solo slowed slightly, lowered his head and tried to stop and turn away from the perimeter. But he wasn’t showing the signals yet. Basically he was still the defiant gelding who was going to do exactly what he wanted to, thank you very much!

At last he lowered his head and with his mouth he started to lick and chew as he trotted. This was the signal I was looking for, the signal that he was ready to behave and be welcomed into partnership with me.

I lowered the rope and without making threatening eye contact I turned my shoulder away and to my amazement Solo turned and walked in towards me. The gentleness from him was almost physically felt as he came up to the back of my shoulder. It was as if he was saying “we can be friends, I’ll do what you say, just be my friend”. It was one of the most magical moments in my life!

I walked slowly to the gate of the pen, hardly daring to breathe as I felt him move gently behind me, softly following. I clipped the lead rope onto his head collar fearing that it would break the spell, break the bond. But it didn’t! I opened the gate and he followed me out with a slack lead rope, he just kept his nose an inch or two from the back of my shoulder as I walked from the round-pen to the stables. He would have followed me without the rope, we were “joined”!

Solo’s problems were not all solved. My wife put in endless hours of training using “natural horse” techniques. He took a long time to trust our amazingly skilful hoof-trimmer. But he and I have always been “joined” ever since that day in the round-pen. He lets me lead him with a slack lead rope, he never struggles, and he stops whenever I stop, even if there is no reason to stop.

We never did the “Join-up” again but the trust from him has never waned.

You do see this natural partnership between humans and horses, often from those who have not applied such “horse whisperer” techniques. The relationship between the lovely Desert Orchid and his “lass” Janice Coyle is a classic example of the partnership that is possible. Obviously a miraculous symbiotic relationship can develop between humans and horse. But the two were not “Joined-up” as such. “In caring for him every day, mucking him out, keeping him clean and tending to his every need, I felt like his mother. But he wasn’t an easy child to look after. He was a wilful customer who liked things his own way. He hated being groomed and no amount of his favourite Polo mints would bring him into line.” – Janice Coyle.

But often one sees a waywardness on the race track from horses who are not cooperative. As far as I know no training yards or jockeys use “Join-up”. How different would horse racing be if the industry used more than just the rug invented by Monty Roberts? 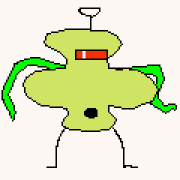 I am retired (more or less) with two grandchildren, living out in the wilds of North Yorkshire, where I just about get a good enough Broadband connection. I help my wife run her Internet second-hand book business. My education is in mathematics, statistics and computer programming. I designed and managed websites from back in the early days of the Internet, when the only way to create webpages was with raw HTML code. More recently I have done many Internet reviews of betting systems and betting software, following my lifelong interest in sports betting, especially racing and football. My main interest is in the mathematics and opportunities provided by the betting market, rather than form. There are fewer variables involved in the market than there are in form analysis. But both have their place in a punter's armoury. These days I specialise in a simple Racing system and do any research using only paper trading.