If you’re looking for a way to usher in springtime and warm weather racing, head to York in May for the Dante Festival, where top trainers, jockeys and horses will gather for race results that set the tone for the rest of the season.

The three-day festival, held May 13-15 in 2015 will feature exciting sprint and staying flat races, and with prize money totaling over one million pounds, the action is sure to be exhilarating.

Whether you’re joining the smart set in a luxury box or picnicking with family on the grass, York Racecourse in May is the place to be.

The festival kicks off with seven races on day one, ranging from five furlongs to one mile and four furlongs. Highlights of the day include the British Stallion Studs EBF Novice Stakes for two year olds, the Duke of York Clipper Logistics Sprint Stakes (a Group 2 race with a 110,000-pound purse and of course the namesake, Tattersalls Musidora Stakes.

Tattersalls Musidora Stakes is a Group 3 race for three-year-old fillies. At a mile plus two furlongs, this race promises 100,000 pounds to the winner who can stay the course in this ladies challenge.

Thursday’s action is centered around the Betfred Dante Stakes, the high point on a seven-race card. A Group 2 race for three year olds, it offers 160,000 pounds to the horse that can handle the one mile, two furlong track (2092 metres).

The Dante Stakes was named after the 1945 winner of the Derby substitute at Newmarket and was made a Grade 2 race in 1980. Considered a serious trial for the Derby, it’s a good example of where horse racing results have proven to be a good predictor of future competition. Nine winners of the Dante Stakes have gone on to win the Derby. Last year’s champion, The Grey Gatsby, took the Prix du Jockey-Club in France, the equivalent of the Derby across the Channel.

Many top jockeys have won the Dante Stakes, some multiple times, including Lester Piggott, Pat Eddery (six victories), Steve Cauthen and Kieren Fallon. Trainer Henry Cecil has had seven wins over the years.

All attending this year’s Festival will be certainly hoping for fast going, as the winner in 2014 completed the course in only 2:08.99–nearly 15 seconds faster than Bald Eagle in 1958, the first year of the race.

So far a number of top contenders have voiced a desire to enter the race, including:

The Dante Festival wraps up on Friday with another seven-race card, totaling 335,000 pounds in winnings–everyone will want to have a stake in these race results! The Betway Yorkshire Cup is sure to be a big attraction. A Group 2 race for horses of four years and up, the Betway Yorkshire Cup offers a 150,000-pound prize and at a mile, plus six furlongs will test the mettle of every entrant.

For horse racing results that are guaranteed to thrill viewers and affect the 2015 racing scene in the UK and beyond, there’s nothing like the Dante Festival to start off the season. With today’s easy online arrangements, you can select your viewing venue, purchase tickets and place your bets without ever leaving home. Save your energy for cheering at the racecourse, as with this year’s stiff competition, you’re sure to need it! 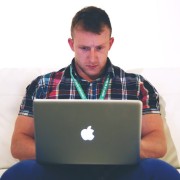 John Hawthorne is a travel and sports writer from Canada. He writes for various sports websites and when he's not writing he enjoys researching his next destination.