July brings the start of the two year-old nursery season and there are a number of trainers that have had decent success with their juveniles in this sphere. But before I get on to a couple of those trainers I would like to pass on a massive warning.

Betting with Betfair on their SP since 2009 has been a layers paradise. Just concentrating on these last half dozen years between July and December has produced the following;

The three highest priced winners during this span has been just 12/1 (twice) and 11/1.

It’s a bit of a head scratcher as to why Mark Johnson’s record is so bad in two year-old handicaps. After all, he has a large number of juveniles, many of them are very well bred.

It could possibly be that his horses have run well in their maidens and the handicapper takes no chances. But my theory is one that is similar to Mark Prescott. Many of Johnson’s horses are bred to race over a distance (1 1/2 mile plus) as three year olds or older. He uses the nursery route to get these horses handicapped over say 6 furlongs before they race on the All Weather during the early months of their three year old career or for the turf season from April onwards.

Be what it may, tread carefully when considering any Mark Johnson two year-old handicap runner.

Moving on to a couple of trainers that have had consistent success with simple base rules.

Put these two trainers nursery runners in your portfolio.

Until next month, enjoy the racing packed month which includes York and Goodwood and as I always say ….

BET WITH YOUR HEAD … NOT OVER IT 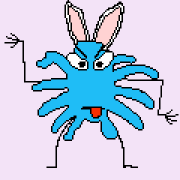