The Race Advisor contacted me last week to say that I had not sent in a post since July. Where does the time go? I knew I was due to write one, but I had no idea that I was that late in doing so! My apologies to anyone that has been looking out for an update, I will be much stricter with myself in future.

It has been a busy time though. I am sure that, like me, you have seen the country opening up; racecourses are full again. I have started hosting weekend golf breaks, and I am trying to do all this new stuff whilst still keeping-up with things I started when I was stuck at home, and also undertaking projects such as a complete relaunch of my website!

Please take a look at the new website: www.bgracingsyndicates.co.uk.

In the last article, I discussed the racing league. Well it happened, but I would not be surprised if you missed it! I am not sure whether it will end-up being a one hit wonder, or whether we will see it again next year.

Apparently “Team Talk Sport” won with trainers Michael Bell, James Fanshawe, Ed Dunlop and Roger Varian, and jockeys Jack Mitchell, Hollie Doyle and Ciaran Fallon; probably worrying for the long term future of the event is that I had to look that up! Publicity was pretty limited outside of those taking part, and whilst crowds seemed good, it is unknown whether they were all paid-entry, or whether there were a lot of free tickets handed-out.

I did make it to one of the fixtures; Arena Racecourses invited me to Windsor to chat to them about what they could do to better serve syndicate owners. I really enjoyed the evening, but then again, I was in a box with a bunch of nice people, so that was probably a given!

BG Racing – On The Track

Speaking of being on the racecourse, BG Racing has had several runs since my last update!

Dynamic Kate was back in action at the end of July at Bangor. This was her first run since a breathing operation, and we were not sure whether it had worked well. The jockey was told to ride her to make sure that she had a good chance of finishing the race strongly, and he followed those instructions really well. Unfortunately this meant that she ran on strongly into 2nd and we were left wishing we had asked him to ride her closer to the pace, as she might have won! The main thing though was that this was a good run, and she was back running well. She was third in August at Worcester, when, having let the leaders get away from her on the home turn, she was unable to claw them back. She was 4th at the same track in September when the lovely good ground (that she would have loved) was turned very soft (which she did not enjoy) by two hours of rain before the race. She seems in good form though, and it is surely only a matter of time before she wins a race. She is entered again at Ffos Las on the 16th) September.

Far Too Beautiful has continued to disappoint us a little…

You may remember that she started with a win in May, but then showed little in her next two races. We were really hoping she would run well in handicap company at Nottingham in August, but she finished midfield after looking like she might win at one stage. She just flattened out in the last two furlongs and looked a bit unbalanced. She went to Chelmsford later in the month and we let her make the running there. She travelled sweetly until turning for home, and then she stopped quickly and seemed lame for a few strides after the post. She has had a lot of physio work since, and there were a couple of issues that have been addressed. Hopefully, it has been something physical that has stopped her from showing her best since her debut, and that once she is back to full health we will see her back to that level again.

We have had two summer shareholder events at Neil Mulholland’s yard in Bath and then at Michael Attwater’s yard on Epsom Downs. Both events gave our owners a chance to see their horse in the stables and on the gallops, and both horses were spoiled with plenty of carrots. We followed the stable visits with a lunch and they were a great chance for shareholders to get to know each other.

I have continued to record the “Inside The Rails” podcast every month. After ten episodes paid for by the Racehorse Syndicates Association, Simon (my co-host) and I have decided to go it alone and run the podcast ourselves. With that in mind, it is more important than ever that we grow the podcast. As part of that, I have set up a new twitter account for the podcast ( https://twitter.com/InsidetheRails ) with a twitter handle of @InsidetheRails. If you are a twitter user, then following @InsidetheRails and liking and retweeting a few of our tweets would be really helpful in ensuring that we can grow our following. The latest episode is partly a review of the first ten episodes, and partly a look ahead, and you can listen to it, and all the previous episodes, by searching for “Inside The Rails” on Apple or Google podcasts, or on Spotify, or any other podcast app that you use.

Apologies again for the tradiness of this update, here’s hoping they will be arriving regularly in future!

As ever, if you have any questions about racehorse ownership or about anything I mention in these monthly articles, please feel free to get in touch. I am always happy to chat about racing, and I would be happy to answer your questions personally, or even write a future article on whatever subject you are interested in! 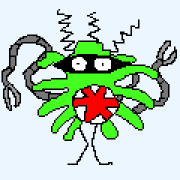 Phil Boyle has been a racing enthusiast since his teens and bought his first share of a racehorse in the early 2000s. For the last ten years, Phil has been running BG Racing Syndicates and aims to provide fun, friendly and affordable access to racehorse ownership. Phil is always happy to talk about ownership and can be contacted via his website, www.bgracingsyndicates.co.uk. Phil enjoys a bet every day and uses Race Adviser’s Racing Dossier software to help him to identify his selections.