Gordon Elliott or less likely Willie Mullins will win the Irish Jumps Trainer’s Championships but neither has won the Irish Grand National. That situation might not change on Easter Monday when the 2017 renewal takes place at Fairyhouse.

The race moves with the Easter celebration and always takes place on the Monday of the holiday long weekend. There will be a huge crowd at Fairyhouse and favourite-backers in the Irish National could be on a blot on the handicap.

The favourite for the race is Our Duke who is a winner at Grade 1 level so is dropping down in class when to run in the richest race in Irish jumps racing. Our Duke is trained by Jessica Harrington and is scheduled to be ridden by Robbie Power.

Our Duke has been allocated 10 stone 13 pounds and no horse has carried that weight or heavier to victory since Commanche Court in 2000. The last 16 winners carried 10 stone 12 pounds or less. The last eight winners had different combinations of jockey and trainer. The only multiple winner since 1946 is Brown Lad who won the race in 1975, 1976 and 1978.

Mouse Morris won the Irish National in 2008 and last year and is the most recent multiple-winning trainer. Harrington has not won the race but Our Duke is her best chance, especially with Power on board who has said he wouldn’t swap his mount for anything else.

The combination teamed up for Sizing John’s win in the Cheltenham Gold Cup and had three winners in total at the meeting. Power continued his run of great form by winning four races at the Aintree Grand National meeting.

Fox Norton and Finian’s Oscar won at Grade 1 level, both owned by Alan and Ann Potts who now employ Power as their retained jockey. He got the job on the strength of his capable piloting on Sizing John in the Gold Cup.

Power believes Our Duke is his best chance to date to win the Irish National, a race he has never won. He rode Silver Birch when that horse did the business in the English National in 2007 when trained by Elliott who was winning his first high -profile race.

Fairyhouse is Power’s local track and he thinks Our Duke has outstanding claims to win a contest he craves most. The horse won a big novice chase at Leopardstown over Christmas and novices have a good record in the Irish National.

Our Duke did not produce a flawless round of jumping that day but still won impressively with something to spare. Power has seen an improvement in that area and a jumping rhythm will be important in a race over three miles five furlongs.

Elliott will be mob-handed on Monday and still had 21 horses entered at the declaration stage before final commitments have to be made. Noble Endeavour is the trainer’s best chance while Mullins’ main hope is The Crafty Butcher but the horse might not get a run. However, Our Duke is the horse to back on Easter Monday. 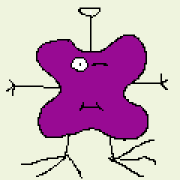