So last month we saw the first two of this season’s five English flat Classics with the 1,000 & 2,000 Guineas at HQ – but, did these two races, along with the array of other recent trials we’ve had supplied us with any more clues ahead of June’s Epsom Oaks & Derby?

The 1,000 Guineas winner, Miss France, is not even heading to Epsom for the Oaks, but with the Guineas 13th – Lady Lara – since franking the form then it could be that we still see a few more winners coming out of that race.

At this stage the John Gosden-trained Taghrooda is the clear favourite in the Oaks betting market after an impressive win in the Pretty Polly Stakes at Newmarket last month. This well-bred filly (by Sea the Stars) should improve again for the step up in trip, but despite being unbeaten from 2 runs takes a big step up in class from Listed to Group One company and at her short odds she’s certainly not much value based on that.

However, looking at the recent big-race Oaks trends – she certainly does fit a lot – like, having had a recent run, finishing 1st or 2nd in their last race and having already won over 1m2f – the Gosden team will be hoping she can become their first win in this historic race.

Of the other key trends (see below), despite this race being run over 1m4f, the draw is actually something to look for with 9 of the last 12 winners coming from stall 5 or higher, so once we know the stall positions for the final line-up in early June you can apply that to the race too.

Lastly, it goes without saying that trainer Aidan O’Brien has a very good record in the Epsom Oaks with 4 victories – he’s still got 6 entered at this stage, but the final ones he goes with should be respected. Saeed Bin Suroor will be eyeing his third win in the race and his main hope will be 1,000 Guineas third, Ihtimal – now the mount of top Epsom jockey Kieren Fallon. Of the rest, legendary Irish handler Dermot Weld won this race last in 1981, when teaming up with Lester Piggott (Blue Wind), but his Tarfasha (should she take her chance) is another that fits a lot of the main trends.

A bit like the 1,000 Guineas the 2,000 Guineas winner – Night of Thunder – doesn’t currently hold a Derby entry, while the talking horse of this year, and the Guineas second, Kingman, is bred to be more of a miler and doesn’t either.

So, with that in mind and the fact that the other recent trials haven’t really thrown anything else out of the woodwork then it’s easy to see why the well-bred Australia – who was staying on close third in the 2,000 Guineas, is the clear favourite in the betting.

A big trend in his favour is that ALL of the last 12 winners returned just 7/1 or shorter in the betting.

Australia, who could even go off odds-on come the day, and as I said a close third in the 2,000 Guineas was a solid effort but this horse is clearly bred for further being by former Derby winner Galileo and former Oaks victor Ouija Board – if he wins he’ll become Aidan O’Brien’s fifth winner in the Derby.

If you are, however, looking for something to take him on with then at least you’ll be rewarded with a nice price as at the time of writing it’s 12/1 the field. If you want a big stat against the market leader it’s got to be that ALL of the last 12 winners were placed in the top two last time out, and, of course, Australia was third last time out.

Again, like the Oaks, the draw has played its part too with 9 of the last 12 winners coming from stall 9 or lower, while the other big stats to look for are last-time out winners, previous Group race winners and having won over at least 1m2f in the past.

If the ground does come up soft then last season’s Racing Post Trophy winner Kingston Hill surely shorten in the betting and he wasn’t beaten that far (5 lengths) in the Guineas on ground that was miles too quick for him. 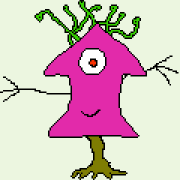 Andy is a member of the Horse Writers’ Association and an established horse racing expert and tipster. He's been featured in Gambling Online magazine, and as an expert in the Official Wetherbys Cheltenham Festival betting guide since 2011 as well as other leading publications . Andy also has regular columns on easyodds.com, livesport.co.uk and geegeez.co.uk and specializes in big race trends and stats.