Today we have a Premier League tip from James Pacheco of Sports Betting Pays.

James has been in the sports betting business for a long time and spent 9 years at Betfair where he was the founding Editor of the Betting.Betfair website.

To celebrate the new Premier League season James is giving away tips and sharing sports betting advice to interested punters.

I’m surprised that all the talk in the pre-season has been about the two Manchesters, the Mourinho-Guardiola rivalry being renewed and an endless list of players the two clubs have bought, are about to buy or want to buy. I’m surprised because it means everyone seems to have forgotten about Chelsea. And I’m sure that’s just how Antonio Conte likes things- flying under the radar. Conte was for me one of the two outstanding Managers at Euro 2016 alongside Fernando Santos and was just one penalty away from beating Germany with a very average set of players. Who knows how far they could have gone if they’d gone through in that one.

As far as I’m concerned, Conte is just as good as both Guardiola and Mourinho and there’s not much wrong with their squad, either. Especially now that they’ve solved two problem positions with the signings of N’Golo Kante and Michy Batshuayi. I think they’ve got a great chance to finish in the Top 2 at around 3.4.

But if you don’t want to wait that long to cash in, consider them to win their opening three fixtures. First up is a home match against a somewhat troubled West Ham team. Troubled because they’re missing Aaron Cresswell to long-term injury, Manuel Lanzini might not be fit either and their most important player of all- Dimitri Payet- will be far from 100% either after a late return to training as a result of his Euro 2016 involvement. Troubled because they’ll be a bit anxious about playing in a new stadium. Besides, they hardly impressed in an a 2-1 away loss at Domzale in the Europa League, despite fielding their best available side.

Next up is Watford. This fixture ended 0-0 last term but that was when Chelsea were just doing their best to recover from the Mourinho-induced mess at the start of the season. It will take Watford manager Walter Mazzari some time to adjust to the Premier League and get to know his players in a competitive environment. I suppose you could say the same thing about Conte but the former Juve man is much the better Manager and with all due respect, has much the better players at his disposal. Watford took just six points from their last 12 matches last season so if you believe in momentum carrying over from one season to the next then…they’re certainly not carrying it.

And in Week 3 they’re at home to Burnley. Chelsea have a good record against promoted sides, bar the aberration of that 1-0 home defeat to Bournemouth last year when confidence was at its lowest and Mourinho was on his way out. We’re talking about the second favourites for relegation here and it’s hard to see how they’ll be able to live with the Blues on the day.

Back Chelsea to win their first three matches @ 3.75 with Totesport/Betfred

Register for more tips and advice from James Pacheco here 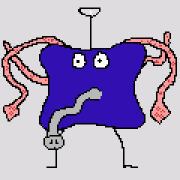 James worked in multiple roles in the betting industry for 12 years at Betfair and Swedish giants Betsson. During that time he learnt the dos and dont's of successful long-term betting and has now gone full-time as a pro tipster for the extremely successful Sports Betting Pays service. He sticks solely to his two specialist sports of football and cricket and recommends daily bets to a sensible staking plan based on endless hours of studying stats, watching sports non-stop and trying to find value.